FOR IMMEDIATE RELEASE:
“First Ever CMA Award-Winner Teams Up With Country Newcomer on New Duet”
Claremont, NC –  January 2nd, 2012 –  Opry legend and first ever CMA Award-winner, Jack Greene teams up with Country newcomer, Nathan Osmond (Donny & Marie’s nephew) on a new Pretty World Records duet release called, “There’s A Whole Lot About A Woman.” The song was originally recorded by Jack Greene back in 1971 and went straight to #1 on the Country charts. The label plans to repeat history.

Greene’s last two duet releases, featuring both Country legend, George Jones and CMA award-winner, Lorrie Morgan, have both hit #1 on the Independent Country Charts in 2011. Osmond is honored to have been added to the list of Country celebrities to record duets with Mr Greene. Osmond replied: “It is so important to honor our legends; without them there would be no country music.” He continued saying, “I love how Brad Paisley honors Little Jimmy Dickens by including him at his side…I’m honored to have Jack Greene by mine!”
Osmond’s last two singles, “Sweet” and “The Tailgate Song” both hit #1 on the Independent Country charts for up to four weeks in a row in 2011. Jack Greene, who has received several nicknames such as “The Jolly Greene Giant” and “Phantom of the Opry” said, “Having received the title of “The Gentleman of Country Music” over 43 years ago, I am excited at the thought of Nathan Osmond carrying that title into the next generation.”
Greene is one of two surviving original Texas Troubadours (Ernest Tubb’s original drummer) and is the only drummer in Country music to ever make it as a solo artist. “There’s A Whole Lot About A Woman” has been added as an exclusive bonus track on Osmond’s new CD release scheduled to be out in February 2012.
### 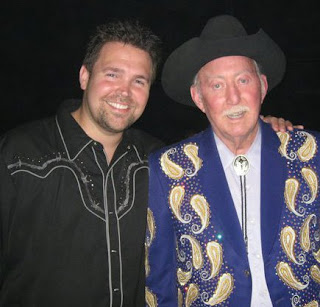 One thought to “Traditional Country & New Country Come Together in New Duet!!!”