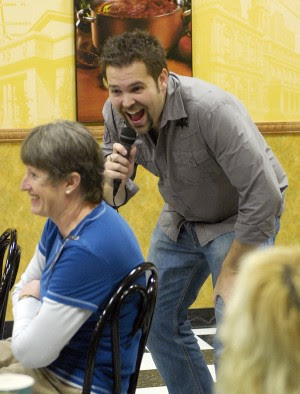 Nathan Osmond, the son of Alan Osmond of the 1970s band The Osmond Brothers, has been touring Wal-Marts to acknowledge the company’s staff and customers’ support of the Children’s Miracle Network. Wal-Mart sells red and yellow paper balloons to raise money for the network, which in Montana raises money for Shodair’s Children’s Hospital in Helena. According to organizers, Shodair provided about $4 million in care last year to patients who otherwise couldn’t have afforded it.