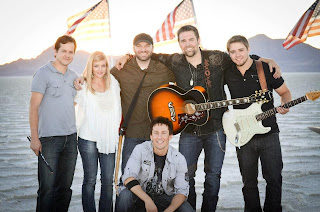 Bonneville Salt Flats, UT — The deserts were decorated with Red, White & Blue yesterday during the filming of my NEW music video, “Stars & Stripes.”

Thanks to our executive producer, Rick Priddis & Priddis Music Company, they helped to make this video shoot a reality. Annin Flagmakers sponsored this video and provided all of the flags. Pretty World Records is excited to release the video by the 4th of July. Even The Country Network has announced that they would like to debut it on the 4th! 😉

I wish to thank my director, Brandon Beckham of Revolution Media for all of his efforts in pulling this video together! Also, I wish to thank my band members Bart Olson (drums), Ashley Garbe Smith (keys), Jhonny K (bass) and the one and only, Chris Shutters (lead guitar) for joining me on the set! I would also like to thank Robert Iverson and his sweet wife Krista and children for starring in this video. They are not actors…they are a REAL military couple who wanted to help show the world what it is like fighting for the “Stars & Stripes!”

Please stay tuned as we will be premiering the music video soon!!! 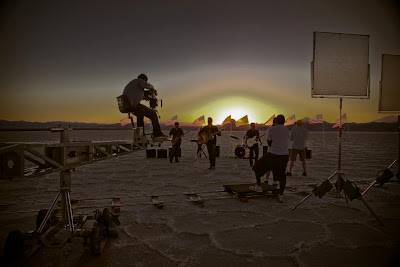