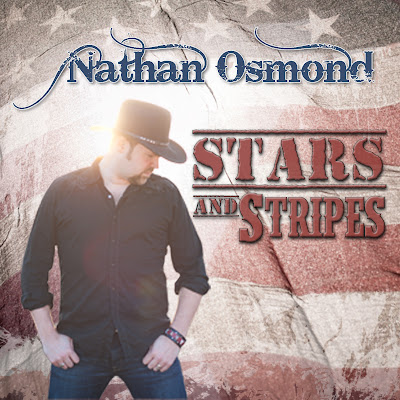 By NathanOsmond  |  Posted 9 hours ago  |  Nashville, Tennessee
Nashville, TN – Just in time for Flag Day, Pretty World Record’s recording artist, Nathan Osmond releases his new patriotic single, “Stars & Stripes.” The song pays tribute to all of the brave men and women of the United States Armed Forces and their families.

The music video for “Stars & Stripes” is currently being shot in the Salt Flats of Utah and features real service men and women and their families and reenactments from some of their real stories from in their deployments to Afghanistan. It paints the military in the noblest light. As the lyric says, “It’s an honor fighting for the Stars & Stripes.” The video is being directed by Brandon Beckham of Revolution Media.

Osmond was inspired to write the song when he met several marines last year in Hawaii. They challenged him to write a song about them and said that Country music listeners would embrace it. Osmond took them up on their challenge and co-wrote the song with Scottish hit-songwriter, Marewenna Diame. The song was produced by Belgium producer, Jo Cassiers.

Osmond said, “I have so much love and respect for our military and their families!” He continued saying, “I’ve always wanted to write song which pays tribute to these brave souls who put their lives on the line for each of us daily; ‘Stars & Stripes’ I feel does just that.”

The song hits iTunes today on Flag Day and is already being played on major Country radio stations around the globe.

Osmond just welcomed home several WWII veterans from a tribute flight at the Orlando airport last week and said that he even sent the new single to a 98 year-old WWII veteran, Richard S. Roberts. Roberts said, “I liked it very much and am putting it on my playlist.” 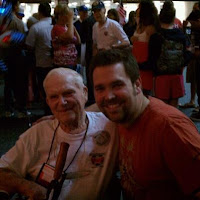 For years Osmond has ended each of his shows singing the Lee Greenwood hit song, God Bless The U.S.A. He will now be adding a whole new patriotic song to his act.