alexosmondJan 18, 2015BlogComments are off for this post
The True Story Behind Nathan Osmond’s Superman Ring

On July 4th, 2000 Nathan Osmond and his brothers were in Lavell Edward Stadium rehearsing the finale of Stadium of Fire with Larry King and Country music legends, Alabama. While they were waiting for the sound technicians to play the track, Nathan struck up conversation with Jeff Cook (founding member of Alabama). Jeff and Nathan share a similar taste in corny jokes and so the two of them hit it off.

Jeff noticed that Nathan was wearing a Superman ring which he had purchased at the Warner Brothers Store in Omaha, Nebraska the Summer before while touring on the hit musical tour of “Joseph and the Amazing Technicolor Dreamcoat.” Jeff said to Nathan, “Oh man, I love your ring…I’ll buy it from you!” Nathan thought to himself, that’s weird, a man wants to buy my ring? Nathan said, “I was wanting to hang onto it, that’s kind of why I bought it.” The two laughed and continued sharing jokes.

Before the show started, Nathan had thought about Jeff Cook and the fact that he really liked his Superman ring. There was a pre-show party that all the celebrities were to attend. During a photo shoot with some of the sponsors of the show, Nathan walked up to Jeff and said, “Hey Jeff, I want you to have this brother!” Nathan slipped the Superman ring off and handed it to him. “Oh man, are you sure about this,” asked Jeff? “Of course I am,” said Nathan. Jeff put the ring on his pinky finger and they then took this photo together (Notice Jeff Cook showing off his new Superman ring). 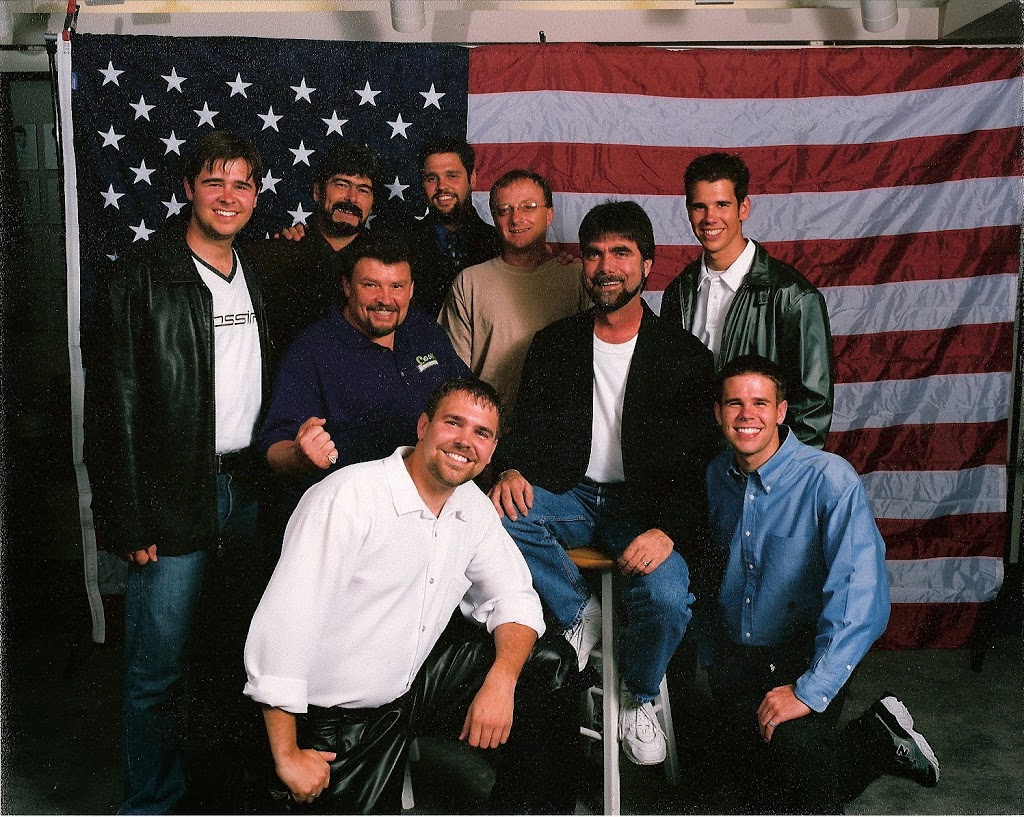 After taking the photo, Jeff said to Nathan, “The reason I wanted your ring was because I’ve got a jeweler friend in Alabama who is AMAZING!” He said that he wanted to have his friend make a copy of the ring, pimp it out and put a bunch of diamonds in it and then send it back to Nathan with one of those. Jeff never took down Nathan’s phone number, address or anything. Nathan thought Jeff was just kidding…until right before Christmas that same year…Nathan received a phone call from Jeff Cook’s secretary who informed Nathan that Jeff had had his ring sitting on his desk for months wondering how to get it to him. Sure enough, Jeff’s jeweler friend had added 20 diamonds all around the edge of the ring!! 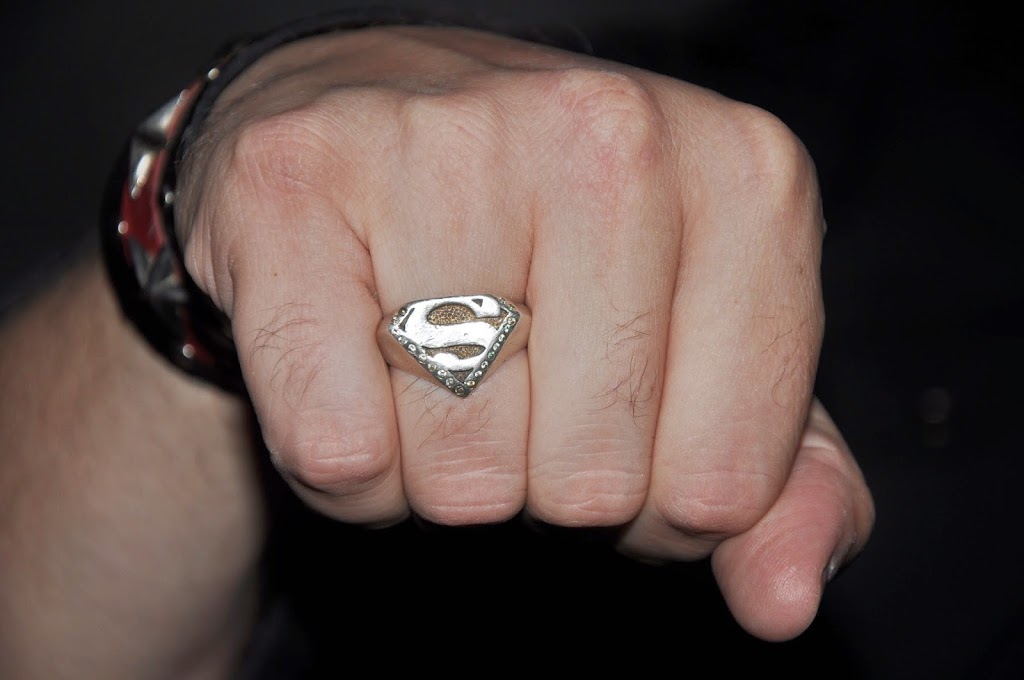 The moral of this story, and it’s one Nathan loves to share with young and old alike, is to be good to people…because what goes around…sometimes comes around with 20 diamonds in it!!! Jeff and he have continued to be great friends to this day.