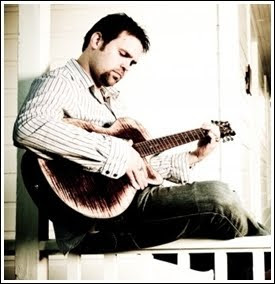 Country singer Nathan Osmond is a family man who treasures being a husband and father of three boys. At the same time, he enjoys sharing his music with others. He’s been writing songs and putting melodies together on his keyboard for several years.

In 2009, Osmond took his passion for writing meaningful lyrics to the next level and released his debut solo album “Feels like Heaven.” “I was what you’d call a ‘Country convert,'” he said. “I never thought I’d be doing this for a living, but I was surrounded by it and loved it.”

Osmond grew up around music. His father Alan Osmond was part of the 1970s Pop/Rock musical group the Osmonds. The family continues doing live shows today.

Osmond’s love for country music started when he spent time with a family member. “My cousin Travis sat me down and played me some country songs,” he said. “That’s when he introduced me to a guy named Garth [Brooks].” Osmond said he was surprised with the sound of the songs. He’d heard past country music, but didn’t feel as strong of a connection with it. “Country music had changed,” he said. “I thought, ‘These people are singing about God and real life situations. I realized my daily life is Country.'” After hearing a few songs, he instantly found a connection.

Before his album released, Osmond made a decision – one he kept private. He decided to go to Nashville, Tenn. to work on song writing. “I didn’t tell anyone about this so no one would talk me out of my dreams,” he said. For Osmond, following a dream is important and said “You shouldn’t let anyone talk you out of anything – no matter who they are. Follow your path.”

Osmond set out on a songwriting mission and gave himself one rule to follow: think positive. A positive trip is what he experienced.

Osmond said he spent a lot of his time networking in Nashville. “Opportunities don’t just work for you,” he said. “You have to work hard and make them happen.” After arriving, he reached out to Lonestar band member Dean Sams. Osmond knew him before traveling and remembered an invite Sams gave him to work on music together. He took Sams offer and reached out to him.

After Osmond arrived in Nashville, the two spoke briefly by phone. Both guys got together late one night and started working. Osmond said Sams wanted to see what he could do musically, so he directed him toward a piano and asked him to play a couple songs. “After I played a few, Dean looked at me and said, ‘Nate, I play the keys too and you make that look easy,'” he said speaking of Sams. “‘That was amazing.'”

Sams response inspired Osmond. “I was like ‘holy cow,'” he said. “Fireworks are going off inside.” The compliment excited Osmond and had him thinking about his upcoming album. According to him, “Feels like Heaven” is special because it’s his first solo release and every song has deep meaning behind it.

His song “I Believe in Love” is one Lonestar planned on using, but never got to. Since the song wasn’t going to make a Lonestar track listing, Osmond asked Sams if he could have the song back for his album. “Dean was fine with it and said to me, ‘If you’re going to use it, let’s do it right,'” he said speaking of Sams. The two went into a studio and finalized the track for Osmond’s album.

After returning from Nashville, Osmond came back with four finished songs and an uplifting feeling about his music. He said his father contributes toward his positive attitude about his music. “Often times, you have to go out there and believe in yourself,” he said. “My father worked with me and believed in me.”

Another mentor in Osmond’s life is his uncle Donny Osmond. “Donny is very passionate about music and brutally honest about what he hears,” he said. Osmond sent Donny a copy of the album and waited for his response. “Donny e-mailed me and said ‘I was pleasantly surprised,'” he said speaking of Donny. “There wasn’t one song I didn’t love.” Osmond said Donny broke down every song in his e-mail and explained why he enjoyed the songs.

Osmond is proud of “Feels like Heaven” because he put his entire heart into it. “There’s a lot of blood, sweat and tears behind it,” he said. According to him, motivating people through his music is his goal with the album.

Since “Feels like Heaven” released, Osmond’s reflected on the journey he’s taken and said “At the end of the day, songs live on after we are gone and that’s what we want to be remembered for.”

Christina Chaffin – About the Author:


As a freelance writer based in Dayton, Ohio, I have published over 20 articles for a small newspaper in the Midwest. I have spent time covering multiple topics including the economy and entertainment. However, my passion revolves around writing artist profiles, album reviews and anything else music-related. To get in touch, e-mail cmchaffin@gmail.com.