Country Artist Nathan Osmond Named by U.S. Junior Chamber as
One of 10 Outstanding Young Americans for 2013

Seattle, WA — What do Bill Clinton, Elvis Presley, John F. Kennedy, and Wayne Newton all have in common? They are all past recipients of the U.S. Jaycees Ten Outstanding Young Americans award.  Add the name of Utah’s own Nathan Osmond to that prestigious list.

The country breakthrough recording artist was honored this week as one of 10 winners of the award at the 75th annual black-tie awards ceremony held at the Doubletree Seattle Airport Hotel in Seattle, WA. Watch his acceptance speech:

For 75 years, the United States Junior Chamber (Jaycees) has recognized the 10 young men and women – under the age of 40 – who best exemplify the highest attributes of the nation’s emerging generation. Osmond is being honored for his musical accomplishments and his involvement in numerous charities and foundations, including American Fallen Warrior Memorial Foundation, Autism Speaks and Children’s Miracle Network.  Osmond recently became the voice and spokesperson for the Wounded In Action Family Foundation, and just hosted and performed at the organization’s first Homeward Bound Heroes concert event, on May 22, at the Music Center at Strathmore in North Bethesda, MD.

“I am humbled by this recognition,” said Osmond.  “I come from a family where giving back was the norm.  I have been blessed my entire life, so giving back  in some way to help others in need  just comes naturally.”“For decades, the Jaycees organization has prided itself on not only providing development opportunities and tools so young people can grow and bring about change in their communities, but recognizing those individuals who stand out, even among leaders,” said Chrystal Ramsay, President of the U.S. Jaycees. “This year’s TOYA (Ten Outstanding Young Americans) honorees are role models for everyone.  They are ‘doers’ in all sense of the word. Their innovation, passion and talents have improved the lives of thousands of people and made a lasting impact in our country.”

To learn more about the 2013 Ten Outstanding Young American honorees, the program, or the 75
Gala event, visit www.usjaycees.org/toya.

About the Jaycees
Leadership development through community involvement has been the basis of the Jaycees since its inception in 1920. The goal of the not-for-profit organization is to provide members a means to reach their full potential through networking and personal growth opportunities, and is ideal for proactive young people ages 18 to 40. Members enhance a variety of leadership, management and communication skills as they work together to plan and run civic and individual development activities that affect positive change in their home communities and
throughout the world.  To learn more about the Jaycees visit www.USJaycees.org. 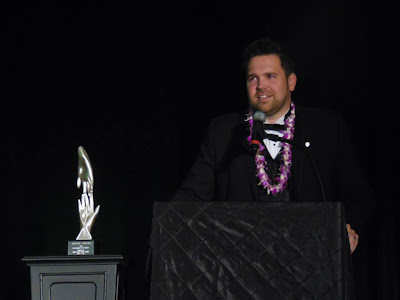