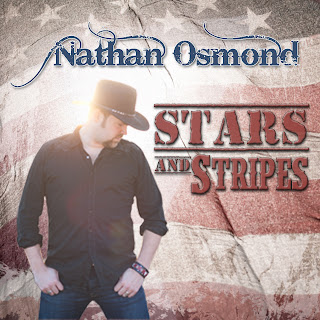 Salt Lake City, UT — The Salt Flats of Utah will portray the deserts of Afghanistan this Wednesday, as they serve as the backdrop in Nathan Osmond’s new patriotic Country music video, “Stars & Stripes.”

The video does not feature actors but real soldiers from Utah and their families. It depicts real-life accounts from the deployments of one particular Utah marine, Robert Iverson who was awarded the honorable purple heart when his tank was attacked. “We are grateful to Nathan Osmond for his new song, which refocuses public attention on those who serve, the families left behind, and the sacrifice associated with service to the nation,” said Krista Iverson, wife of Robert Iverson who also stars in the video. She continued saying, “As the nation has become increasingly war-weary over the past few years, the subject of the nation’s warriors and their families, along with the risks and personal costs associated with their efforts, has faded from the public stage.”  The press is invited to attend the video shoot and to conduct interviews between 5pm-5:30pm Wednesday, June 27, 2012. Directions are listed below.

Osmond was inspired to write the song when he met several marines last year in Hawaii. They challenged him to write a song about them and said that Country music listeners would embrace it. Osmond took them up on their challenge and co-wrote the song with Scottish hit-songwriter, Marwenna Diame. The song was produced by Belgium producer, Jo Cassiers. Pretty World Records just released the single to iTunes on Flag Day and already it is being played on major Country radio stations across the nation. “I have so much love and respect for the brave men and women of the United States Armed Forces,” said Osmond. “Their families are equally brave and sacrifice so much to keep us free,” he said. The song paints the military in the noblest light possible and tugs at the hearts of all Americans as it sings of the many sacrifice made to help keep us free. As the chorus states, “It’s an honor fighting for the Stars & Stripes.” Nathan’s father (pop singer, Alan Osmond) and grandfather (George Osmond) both served in the military.

Brandon Beckham of Revolution Media is the Director and has been working closely with Utah military families on the production. “Today, more than ever, America needs music and media that inspires and connects us to those who give the ultimate sacrifice for our nation.” He continued saying, “We will emotionally depict that patriotic sentiment of Nathan’s song.”

Osmond wishes to thank his sponsors, Priddis Music & Annin Flagmakers for making this video possible. Rick Priddis, president of Priddis Music Company and executive producer of the video said, “I am excited to have the opportunity to work with Nathan Osmond on this project!” He continued saying, “Members of my family have served in the military and some are currently serving; This cause is very important to me!”

Annin Flagmakers has been selected as the exclusive flag supplier for the production of “Stars & Stripes.” Bob Caggiano, Vice President of Sales at Annin Flagmakers states, “Over the years our flags have flown over the White House and on foreign fields of battle.” He said, “We are pleased to have this opportunity to play some small role in showing our support of our troops.”

The video will be sent to major networks across the globe. Osmond’s latest music video, “The Tailgate Song” was featured on CMT and Sport’s Illustrated’s Hot Clicks of the Day. His last 3 singles have all hit #1 on the Independent Country Charts for several weeks and the record label is confident that “Stars & Stripes” will do the same. Osmond was nominated as New Artist of the Year and Male Artist of the Year by The New Music Awards in Los Angeles, CA this year and won the Eagle award last year as Utah’s Fresh Local Country Artist of the Year. He just opened for Country superstar, Chris Young last Saturday at the Gallivan Center downtown Salt Lake City as part of this year’s, Eagle Country Fest.

Directions to the video shoot: (Heading from Salt Lake City, UT) Take I-80 West towards Wendover, NV. You will come to a rest stop on your right hand side between Bonneville Salt Flats State Park and Exit 4. See link for map http://goo.gl/maps/2Xwe There will be red, white & blue balloons at the rest stop as markers. Production team will have transportation for any media to and from the film set on the Salt Flats. 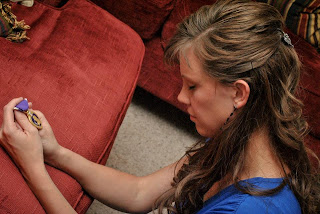 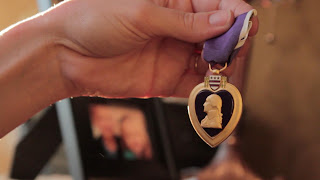 (Photo by Kati Henshall – features Krista Iverson of Filmore, UT who prays for the safety of her marine husband, Robert Iverson).