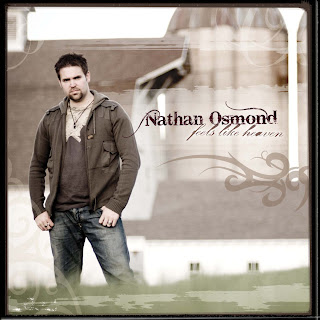 “It just feels like an appropriate time to share my new album with the world,” Nathan said. “I hope Feels Like Heaven inspires people to show up and contribute to the cause.”

Participants in the Relay for Life attend for various reasons—from honoring cancer survivors, to paying tribute to those lost to the disease. The Salt Lake Relay is a fundraiser for cancer research and is one of many similar events across the country. Teams participating in the relay camp overnight at Butler Park and have at least one member walking or running from 6:00pm Friday, until 7:00 the following morning when the event officially ends.

Relay for Life events kick off with a survivor’s reception at 5:00 pm at 7500 South 2700 East (Butler Park – behind Butler Middle School) in Cottonwood Heights.

The Relay and Entertainment will begin at 6:00 pm. Nathan will perform pieces from his new album along with other music. He will also be there to meet fans and participants. Feels Like Heaven will be available for purchase with a portion of proceeds going to The American Cancer Society.

Additional activities will include a silent auction, dunk tank, inflatable slides and bounce houses, food, special appearances and more music. Highlighting the evening is the Luminaria Ceremony held after dark to honor cancer survivors and to remember those who have lost the battle against cancer. The luminaria line the track and are left burning throughout the night to remind participants of the incredible importance of their contributions.

The American Cancer Society (ACS) is a nationwide, community-based voluntary health organization. Headquartered in Atlanta, Georgia, the ACS has state divisions and more than 3,400 local offices. The ACS works to eliminate cancer through research, education, patient services and advocacy. Learn more about ACS, what they do, and their plans for the future at www.cancer.org.

Nathan Osmond is an accomplished singer, songwriter, producer, motivational speaker and has shared the stage with some of the industry’s biggest names. He is the son of 70’s pop star Alan Osmond. Nathan has appeared on MTV, Good Morning America, Live with Regis and Kathy Lee, CBS This Morning, Entertainment Tonight, CNN and other major shows and networks.